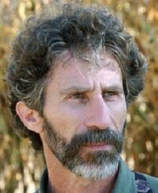 ​Alan Mootnick’s fascination with gibbons began at age nine when he first heard them vocalizing at the zoo. This was the sound that he always heard when his favorite TV hero Tarzan was deep in the forest. Hearing their voices and eventually watching their movements gave Alan a sense of what it could be like for them in their native habitat. From that day on he wanted to care for gibbons and asked his parents if he could have a zoo of his own. Alan was told that there was nothing in this world that he could not do, but he would first need to earn money to support his animals. So he began by carrying the neighbor’s trash out for 10 cents a week to pay for the care of rabbits and pigeons.

Unlike most primatologists, Alan did not come to the field via an academic route. He was entirely self-taught, which took a tremendous amount of hard work and dedication. Through this, Alan eventually was able to call himself a primatologist and gain the respect of leaders in this field around the globe. While caring for animals for 15 years, he had a great deal of firsthand practical experience maintaining a center for captive animals while studying the care of captive primates intensely before housing his first gibbon. In the more than 30 years since then, he acquired great insight into gibbon social behavior, species identification and captive management. He published nearly 25 peer-reviewed manuscripts, and traveled frequently to Southeast Asia in both lecturing and advisory capacities. Although his original motivation to be in this field was the simple joy of being around gibbons, he developed a world-class conservation center that appeals to scholars and volunteers around the world.

“Having your own primate center takes a great deal of dedication, and a person cannot just walk away from it,” said Alan. “It becomes your life.” He recalled that from 1970 to 1995 he slept only three to six hours a night due to the heavy workload. This made it difficult to work on manuscripts as well as run the construction business that was supporting the center. Until 1990, when GCC went non-profit, Alan supported and paid for 100 percent of the costs out of his own pocket. Over the years he selflessly sold many of his personal assets to support the gibbons. Today, the tightly run GCC is completely dependent on donations, grants, and volunteers. Alan believed that what he learned from the gibbons was endless. One of his greatest rewards was the reproductive success of a species that is nearly extinct in the wild. Housing the largest rarest group of gibbons in the Western Hemisphere educated him tremendously. He took the knowledge he gained to Asia where he assisted zoos and rescue centers on the care and conservation of gibbons.